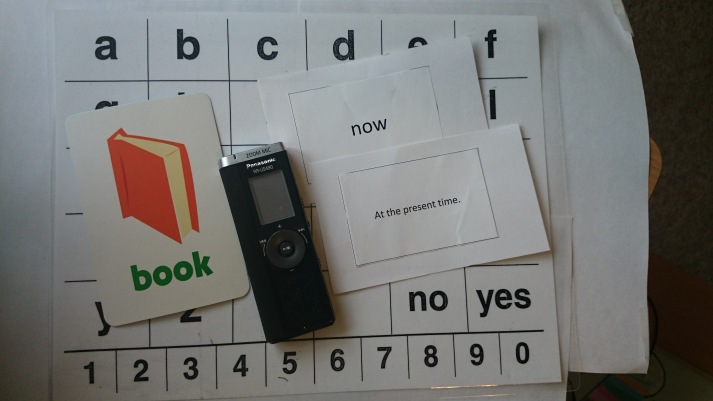 The response to Blog # 1 blew my mind.

I knew that there was loads of interest in all things brain. But I didn’t dream that my first effort would get to so many readers or that the feedback would be so heady.

And after connecting with many of you, I realize that I have to do a bit more stage setting before going any further.

In the first helping of Brain Food I gave a sample of what the stroke fried in my mind. I want to be certain that I didn’t gloss over this. When I wrote that I lost the ability to read and write, I meant that I really lost it. That bit of brain was dead to me. It wasn’t a matter of snapping out of it. It meant firing up new brain bits and starting from scratch. Like a kid. But like a kid with a fried melon that may not be up to the task.

I’m not saying this to make you feel sorry for me. I just want to be crystal clear how devastating, damaging and life changing this mind sizzle was.

In the hospital, when I finally accepted that I’d had a stroke – and that took a while — this is how a poster on the wall of my hospital room looked to me: Eslmlsfslsmflsflsflosf CCCDOJIFOSFSJ.

After weeks re-learning the ABCs, I moved on to getting my head around small words and connecting them to what they stood for. The pic above is a snapshot of some of the tools I used for this. B—o—o—k spells book, read one flash card designed for preschoolers and adapted for my use. Above the letters, a drawing of a book painted the picture for me. The rehab folks at the Grey Nuns Hospital worked through this with me twice a week. My wife, Patricia, coached me on this a few times every day along with flash cards she picked up at a dollar store.

When I was ready we found a reading device called a WordQ which we installed on my computer. It would read the words on my screen for me while I tried to follow along. I still use it because while I now can read and write, I read at about 51 words per minute. The average person reads at somewhere between 150 and 190 words per minute.

The recorder in the picture was with me whenever I went for a walk, which I did a couple of times every day. I was to use it to capture my thoughts and, later, to record attempts at summarizing short stories that I’d turtle read. Much of the time I would forget how to start the recorder. And when I did manage the ‘on’ setting, I’d often forget to turn it off.

That’s part of my story. I’ve met dozens and dozens of folks fighting battles with their brains with their own stories that have inspired, horrified and often helped shape the new me.

Like a kind, lovely lady who started swearing like a sailor after her stroke and never was able to work again due to the lasting damage it left her with. And there was a guy just a bit older than me who stroked out seven years prior to my brain buzz. I met him at a quirky book club for the brain injured and stroke survivors.  After all that time, he was still battling with his mind to hold thoughts together long enough to hold even a simple job.

I’ve met with and tried in vain to connect with stroke ‘survivors’ who were trapped inside themselves, unable to communicate with the outside world. I’ve spent time with people with perfect thoughts they could no longer easily communicate because their speech and mobility were stroke ravaged.

And yet there is hope. I’m proof of that as are loads of other folks who’ve been able to reboot and retrain their brains and once again start to live meaningful, productive lives.

That’s part of my passion for Brain Food. The other part is this. All of the knowledge that’s helping the brain injured and damaged is there for everyone. To help folks brush the dust off, to get more out of what they have for longer. This is very cool.

Oh by the way…that lady who had to give up her career? Her name is Wendy Pangrass and she’s now leading a group that’s doing amazing work with stroke victims, helping them deal with the emotional shock of what they’re going throw and support them in their long term recovery.

Below is along piece of the feature story I wrote for the Edmonton Journal last June. BTW, I’m still waiting to hear from agents or publishers about my book. Seriously, feel free to call 🙂
Part Two:
Former journalist Tim Seefeldt tells the story of his amazing journey to relearn the basics 3 Rs
By Tim Seefeldt, Edmonton Journal
June 13, 2014

The next day I was disconnected from the machines. Patricia was back and I was trying to get a grip on how to work my unco-operative limbs. There were more tests. People – I had no idea who they were – dropped by to talk to me, but whatever I was saying to them didn’t seem to make sense.

I was clearly confused and my memory was messed up, but I figured there could be lots of reasons for that. Near as I could remember, I was only 45.

When Patricia left that night, I decided to try to fix the things that had confused doctor What’s His Name into thinking that I’d stroked out. Then I figured he’d let me go home.

Memory first. I thought of the people I knew. Patricia, Kristina, Anna. Lee and Sue – my parents, deceased but still solidly in my mind. Rudy and Marlene – my inlaws. I eventually got my sister’s name – Shelly.

But I drew a blank from there.

I decided to look around my room for clues. There were a lot of posters on the walls. Maybe they’d stir some memories? The first one looked strange.

Something like: Eslmlsfslsmflsflsflosf CCCDOJIDFOSFSJ What language was that? I looked at another poster. Then another. They were all in this strange text.

That doctor was right. I’d had a stroke.

OK, that will do for now. Until next week…