My bride and I recently took in the uniquely soulful sounds of Lyle Lovett. He was playing at the Northern Alberta Jubilee Auditorium – a venue with almost perfect sound.

Fellow troubadour John Hiatt was on stage with him. It was just the two of them with a collection of amplified acoustic guitars. They went back and forth, a Hyatt song followed by a number from Lyle. And lots of stories and quirky conversations filling the spaces in between as they changed guitars and tuned. 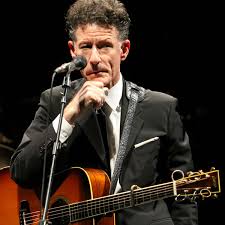 My cousin Carrie was there with a friend, sitting a few rows ahead of us. From what I could see, they knew every word. When it came to Lyle, Patricia and I did, too. And while we have a pile of his recordings, they don’t get played every day. But there the words were, rolling out of our minds and through our lips, quietly, though, so as not to spoil the sound coming from on stage.

So where were these words coming from?

Even John Hiatt admitted during the show that he couldn’t quite recall the words to one song a member of the crowd shouted out for him to play. And Lyle once turned to his mobile for some memory help during an exchange between the town artists.

Yet all of the words to Lovett’s numbers from the 80s and 90s were rolling off of our tongues.

We listened to a lot of Lyle when we first start seeing each other, it was one of our musical bonds and it sparked memories beyond the music. Powerful stuff, that, I guess.

Memory – the brain – is a strange thing.

Back in the 80s I saw a lot of a mid level band called Doug and the Slugs. They had a number called Making It Work. I can’t hear somebody say; “we’ve got to make this work” without hearing that song play in my melon. And without seeing Doug and a couple of his Slugs.

But can I tell you what I had for breakfast yesterday?

Doug and the Slugs was an OK band at best. But they were fun and when I saw them it was collage days, heady times with profound experiences.

Then there is Madam Gimber. She was my Grade 7 French teacher. I had tremendous crush on her. As the class became tougher throughout the year and my concentration levels faltered more and more I dropped from a B to a D. When I struggled to make certain sounds with my monotone mouth and she’d come closer to try to encourage me along, it had the opposite effect. I’d just be gobsmaked by her presence and falter even more. She eventually told me she’d pass me if I agreed not to take French in Grade 8. I was crushed. And I can still see her crystal clear from some stored file in my head.

Memory is so strange. The brain is so complex, weird, wonderful and sometimes cruel.

There’s a spot on the QE 2 Highway between Calgary and Edmonton where I often recall the words to the Stone’s song Sympathy for the Devil. That’s where I heard it loudly; where the volume seemed to eerily increase, as I was driving home from visiting my grandfather — my mom’s dad – for the last time.

My point? I’m getting to that.

I often have friends and colleagues tell me that they are losing their minds without the assault of a stroke or brain injury. Half jokingly half with worry, they fret that it’s concerning that they’re losing mental capacity without anything be age and time to blame. And that a brain bashed dude like me has a better memory.

But what I learned coming out of my stroke is a brain is one of those use it or lose it kinda things. Loads of stuff is locked away in there. Even with damage like me and my fellow strokies have gone through, there are ways to find new paths to get it out.

For most average folks, it’s just a matter of working it. You can’t not have exercised since high school and expect to do 100 sit up and run 10 clicks. But you can work at it and – sooner or later – you can be back in fighting shape.

I was forced to do memory work and other mental calisthenics. I had no choice. And that’s helped me get better. I still have to work my brain to make it work well. I have to play mental games to unlock names and other stuff I need to pull out of my noodle.

Sometime choice can be a bad thing. If nothing forces you to do something, sometimes it’s easiest just to melt away. And today, with phone numbers stored on our mobiles and loads of other devices designed to do our thinking for us, it’s easy to slowly use our real minds.

Try to lock in experiences in your mind. Work to make day to day interaction stick like the profound situations do automatically.

This isn’t always fun. Pushing the brain can be taxing.

It can be made more fun through brain games. There are lots of them out there.

There are also more subtle things to do to spark the brain. Listen to music that’s not normally your thing. Go see a movie with subtitles. If you’re not into art, go to a museum. If you’re not into sports, check out a hockey game. This stuff sparks up the less used bits of brain. I know of advertising folks and other creatives who do stuff like this to prompt ideas outside of their norms.

Close your eyes in different settings and listen. Deeply. It’s amazing what that can spark.

Often negative memories hold stronger in your head. But that’s because these profound events don’t require trick to lock ‘em in. A car accident hold tight because you don’t have a lot of them – hopefully – and they can have such profound implications. With work you can make more routine stuff stick, too, though.

One thing that I don’t have to make any effort to recollect is my Strokeversay. It was on the first Monday of the time change to daylight savings back in 2010 when I stroked out. Every Spring forward since I profoundly recall my strokie version of that horrible day. And the days, weeks and months that followed.

I get angry that it happened. I feel fear that it could happen again. Then I make a toast that no matter what happens next, I’m not going to let my days or my brain go to waste.