We were road warriors today — about 14 hours on the road.

That included stops for snaps at Kakabeka Falls (see K’s pic below), for grub in Marathon and a near sunset shoot at a scenic spot on Lake Superior. There were a couple of stops on the big lake. One of which included me singing a rendition of The Wreck of the Edmund Fitzgerald. Not quite up to Gordon Lightfoot’s standard, but not bad if I do say so.

Coffee, Redbull and a combo of Van Halen 1, Led Zeppelin 4 and lots of other great numbers got us through. But the caffeine is wearing off. Gotta crash.

Don’t you crash before looking at these great pics from Kristina: 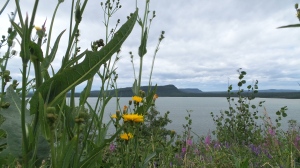 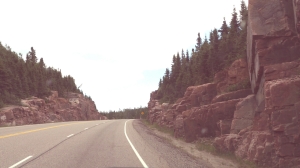